There is a group for the hunt:

The group will be used to keep people informed of hunt-related news and everyone will be encouraged to use group chat to support and help each other -- and possibly have some Femdom-related fun along the way. 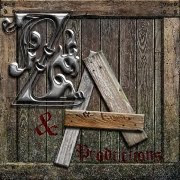